Here are a selection of some of the best selling authors that we work with. 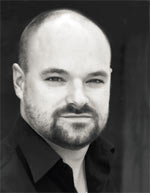 Michael Arnold’s interest in British history is lifelong, and childhood holidays were spent visiting castles and battlefields. Michael is the bestselling author of Traitor’s Blood and Assassin’s Reign. He is also the author of the short story Stryker and the Angels of Death. Michael is the first historical series novelist of our time to have used the English Civil Wars as his backdrop, and, in his exclusive new sequence of Highwayman novellas, turns his attention to the period when England was a republic.

You can find out more about Michael Arnold, Captain Stryker and The Civil War Chronicles by visiting Michael Arnold’s website www.michael-arnold.net 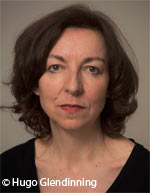 ALISON JOSEPH is a London-based crime writer and award-winning radio dramatist. After a career in television documentaries, she began writing full-time with the first of the Sister Agnes series of crime novels. Sister Agnes is a contemporary detective nun working in a homeless hostel in South London. The most recent, A Violent Act, is about fathers, daughters and creationism. Alison also writes a police series, featuring Detective Inspector Berenice Killick, and has embarked on a new series set in the 1920s and featuring (a fictional) Agatha Christie as a detective. Alison is a founder member of Killer Women, and was Chair of the British Crime Writers Association from 2013- 2015.

Sarah Gristwood’s Arbella: England’s Lost Queen and Elizabeth and Leicester both featured on the bestseller lists, while her Bird of Paradise was selected as a Radio 4 Book of the Week. Her most recent books are Game of Queens: The Women Who Made Sixteenth-Century Europe, Blood Sisters: the Women Behind the Wars of the Roses, Elizabeth: the Queen and the Crown and a historical novel, The Queen;s Mary. A former film journalist contributing to the Guardian, The Times, and the Telegraph, she now broadcasts regularly for Sky News and the BBC on royal and historical affairs, besides contributing to a number of documentary series such as Royal House of Windsor and Secrets of the National Trust. Website: www.sarahgristwood.com 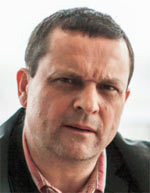 Damien Lewis is a number one bestselling author of both thrillers and non-fiction, and his books have been translated into forty languages worldwide. Prior to becoming an author, he worked as a war and conflict reporter for the world’s major broadcasters – BBC, Channel 4, CNN etc – reporting from across Africa, South America, the Middle and Far East, and winning numerous awards. A dozen of his books have been made, or are being made into movies or TV drama series, and several have been made into plays for the stage. He has raised tens of thousands of pounds for the charities he supports related to his writing. 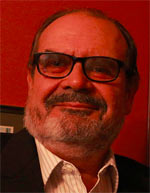 Peter Tonkin was born in 1950 in Limavady, Co Londonderry. Peter graduated from the Queen’s University, Belfast, where he was made a member of the Honours School in English, after studying English, History and Philosophy in his Fresher year. Peter’s first international best-seller, ‘Killer’ was published in 1978. In the years since then, he has published 40 more novels, 30 in the best-selling ‘Mariner’ Series of action adventures, approved by Clive Cussler and favourably compared with Alastair MacLEAN, Hammond Innes and James Clavell; 4 in the ‘Master of Defence’ series of murder mysteries set in Shakespeare’s England (he has completed the 5th A Stage for Murder) and 2 in the ‘Caesar’s Spies’ series set during the aftermath of Julius Caesar’s murder in 44 BC. He has just completed the 3rd, Cicero Dies!